A city, a castle or two, a few towns, but mostly villages. They know about The Land called ‘Shore’ across the lake, but due to orcs and bugbears in the Wildlands between them, there is no trade.

Not all that many people. Less than 30,000. Mostly humans, but there are a few elves and stout halflings living here.

Some farming, but lots of mountains.

Rather hard to get from the east side of this nation to the west side, or vice-versa. The mountains get in the way. There is one pass, but it is a dangerous way to go, Dagger Pass. Those who use it seldom are seen again.

There is Shagal-Tarn, out at the south end of the peninsula. The gray areas are the mountains.

It is 337 miles, straight line distance, from Shagal-Tarn to the southern most tower. The mountains are 3917 square miles and Trono is 8350 square miles, for a total of 14267 square miles. 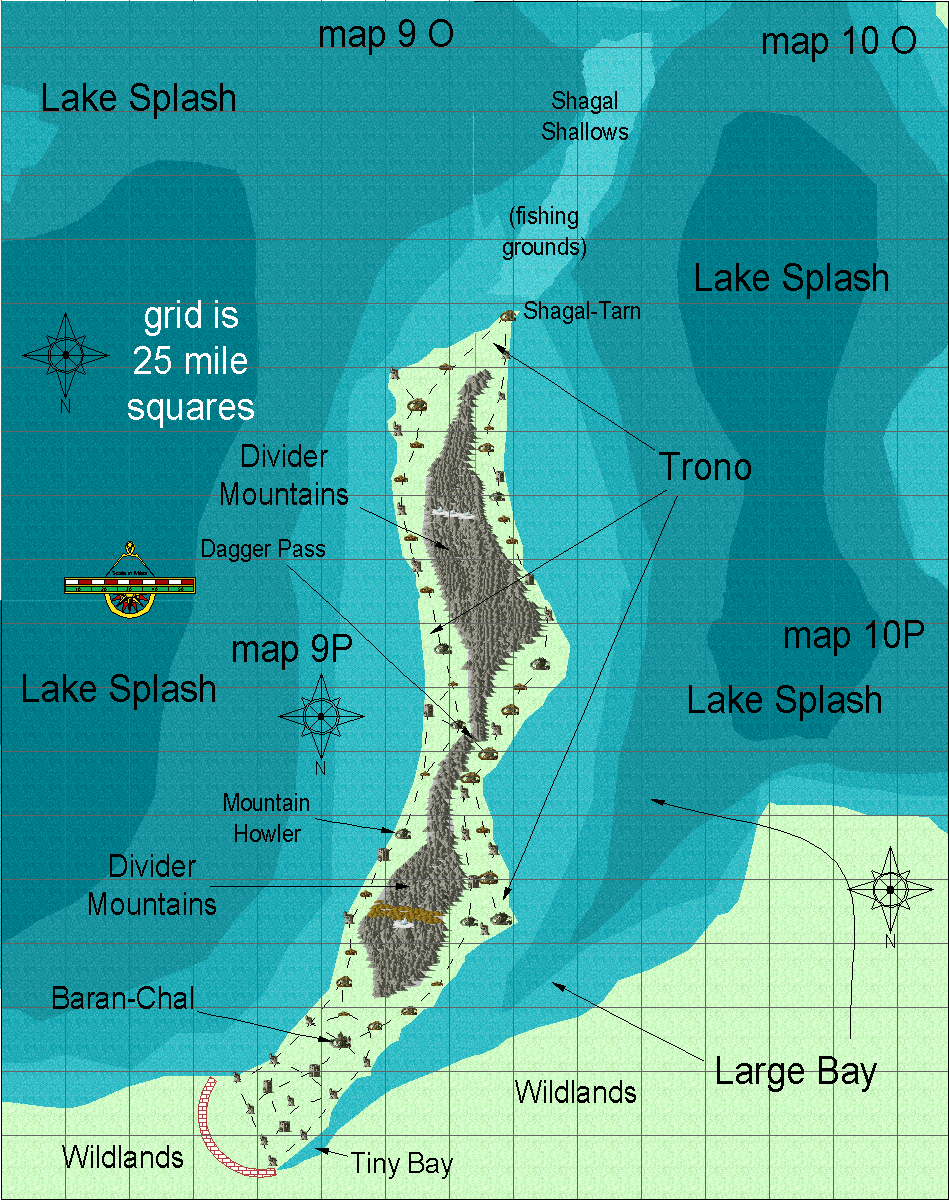