Kolosh Island has a rather older civilization. each square on this map is 10 miles by 10 miles.

Kolosh Deep, nor far away, is named for this island.

One seaport. Mostly small towns with a few cities here and there. Old style square castles.

Center part of the island is mostly dry, a few buttes and rock spires.

Grelsh Swamp was empty of all but small animals and a few alligators for many years. Apparently the maelstrom named Growl had tossed a ship into the swamp.

A small group of villagers, fighters, etc. went over to see if the shipwreck victims needed help. Only a few returned alive. The shipwrecked peoples are orcs.

Three magic circles were placed to try and keep the orcs away.

They didn’t have much effect, one was determined to have been cancelled.

Other has an occasional raid, not much has been heard from them. Some rangers patrolling nearby, heard screams in the night. The cause is unknown.


Bash is a keep that was attacked and destroyed. Dash and Slump are battle areas against the Orcs. Heavy losses on both sides. Desert Castle is the last location adventurers can buy goods, weapons, etc. before going to Grelsh Swamp. 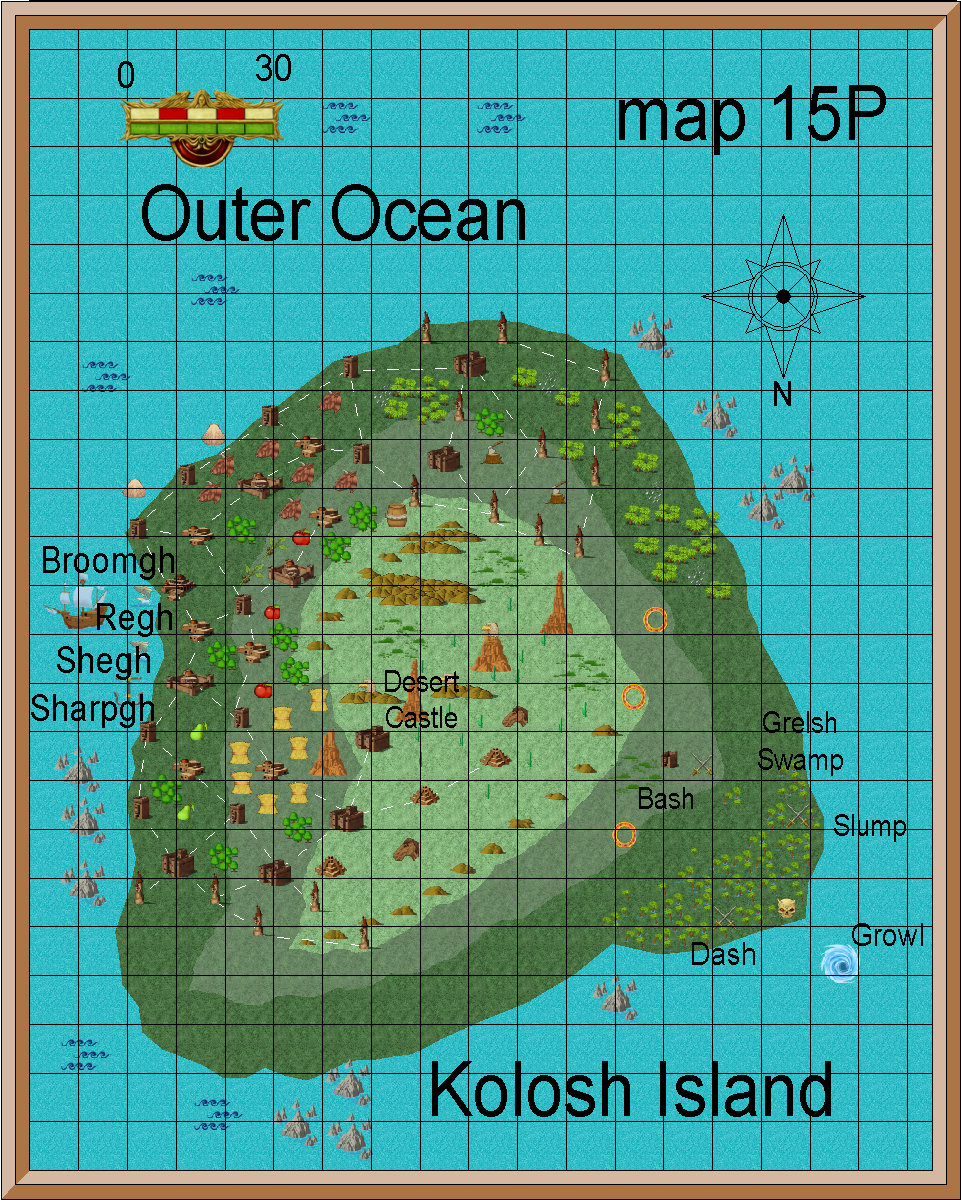