cistern room 101 and down to level 9 rooms Sraa Keep 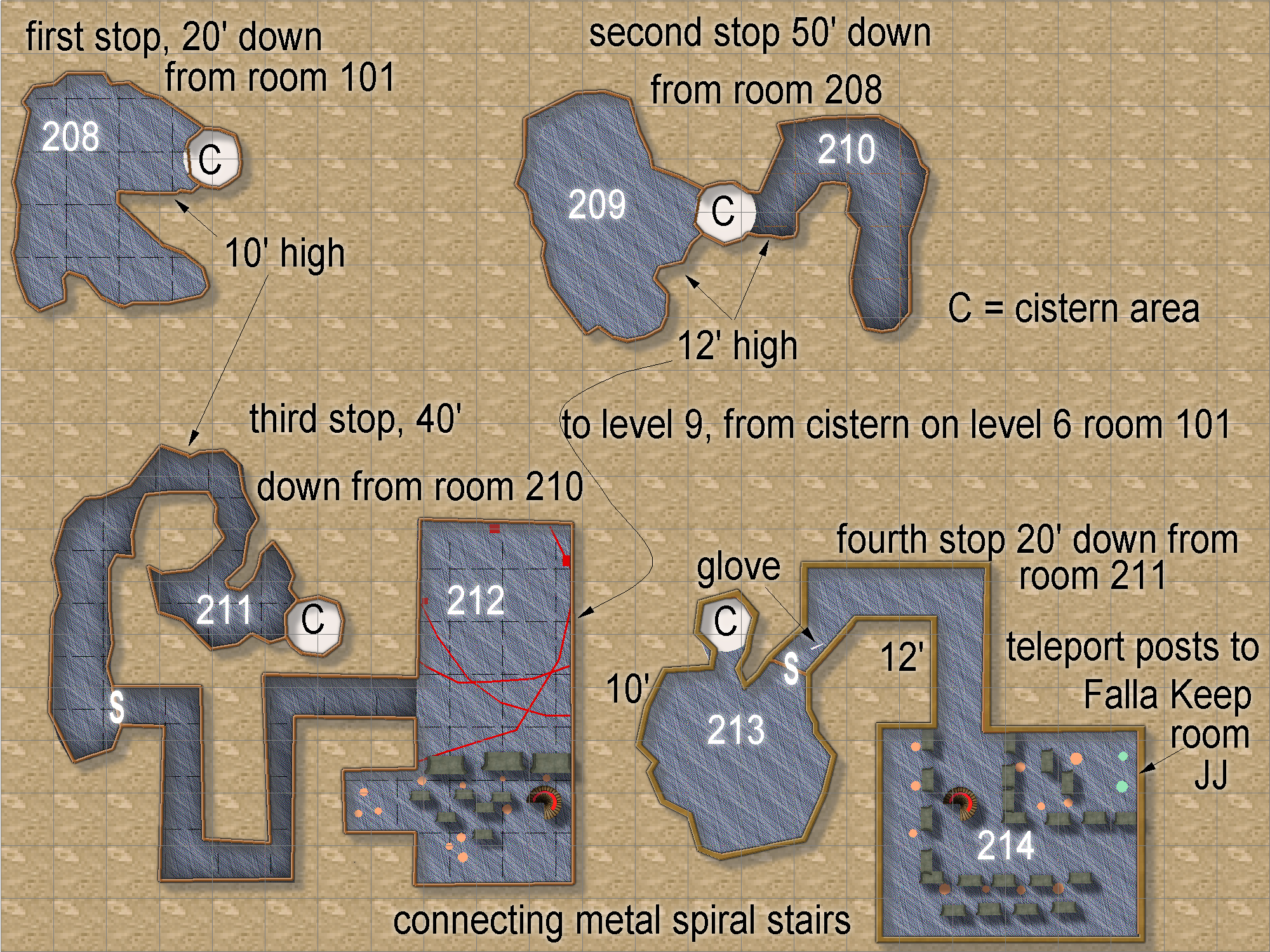 The exit does narrow. It becomes a nondescript opening in the ridge, on the south side of the ridge on the side towards Quasqueton.

Strazl Deathlcaw is responsible for a number of disappearences over the years. One of the rooms, 214, in the cistern down from level 6 room 101 has a teleport area that leads to Falla Keep room JJ, in Fondfield, Trillolara. That room under Falla Keep is a Gashtran spy nest and was discovered in a separate adventure.

The Chaotic Evil spy nest grabbed victim’s for Strazel to torment. In exchange, he let them have the teleport room here, and didn’t kill them.

You are absolutely correct. There are no teleport posts in 1E AD&D ! The ones in use here are Other tech… uhm, magic.

the opening is 10’ high. The chamber is empty except for a number
of bones of many types.